What I Wore: Winter Gala

I recently attended a Winter Gala hosted by my boyfriend's employer. I decided not to wear the standard cocktail dress but instead opted for a cute skirt and blouse combo.

I chose this outfit because I had just purchased the leather detail skirt and had not had a chance to wear it (see my post on incorporating leather into your work wardrobe HERE.) I also didn't feel like spending money on a dress I would probably only wear one other time, which reminds me that I must try Rent Frock Repeat for my next semi formal event. I accessorized with cobalt blue jewelry and wore a pair of purple satin pumps that were worn only one other time, at my friend Kristin's wedding.  They added that last touch of class that I was looking for. 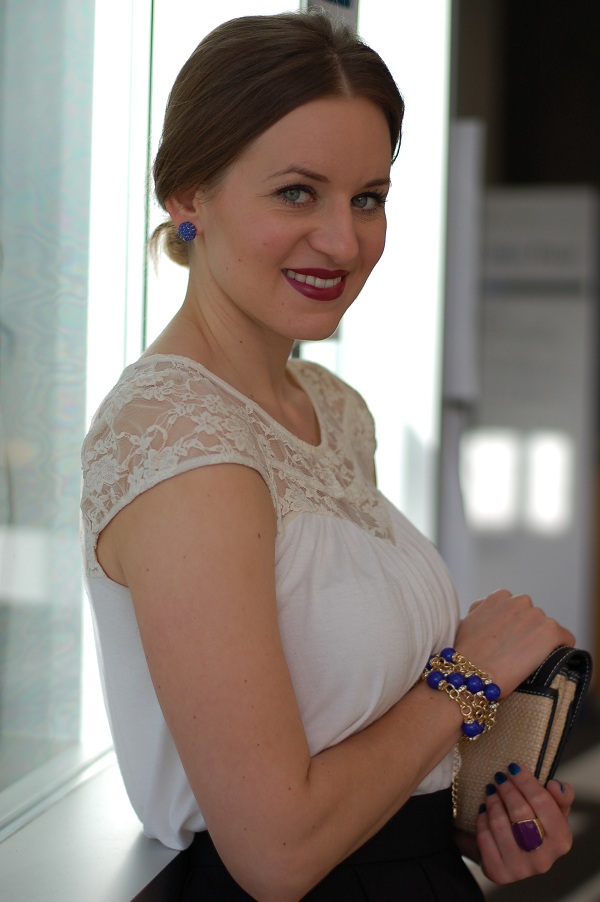 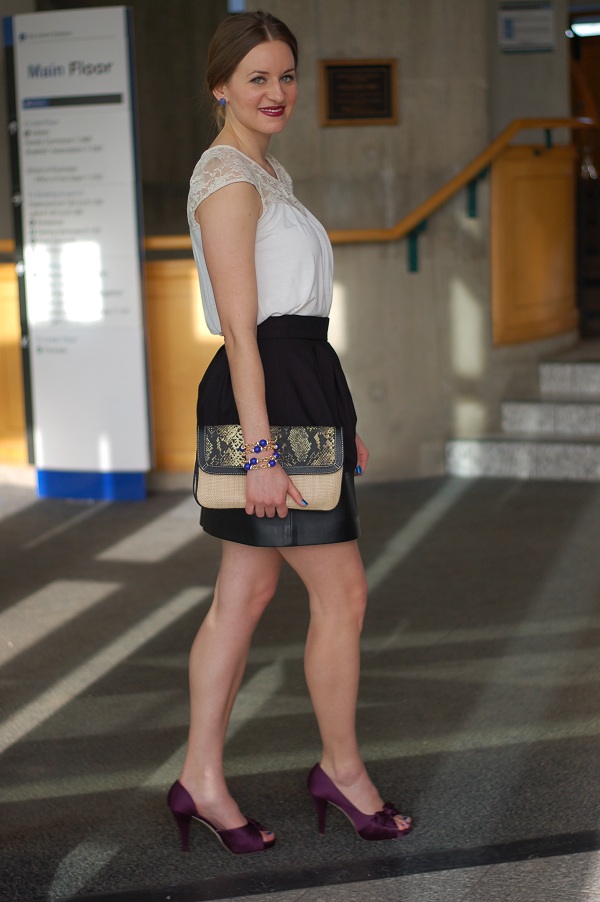 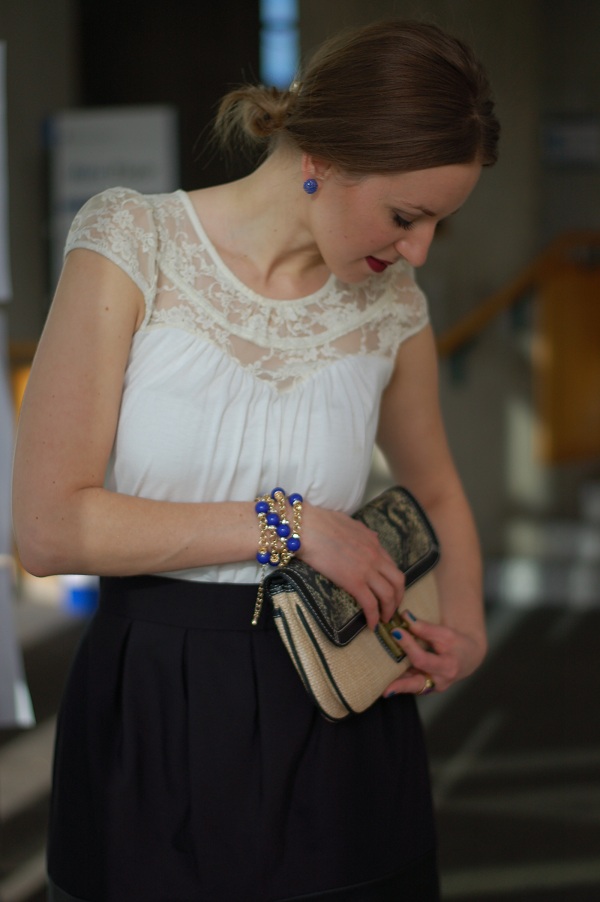 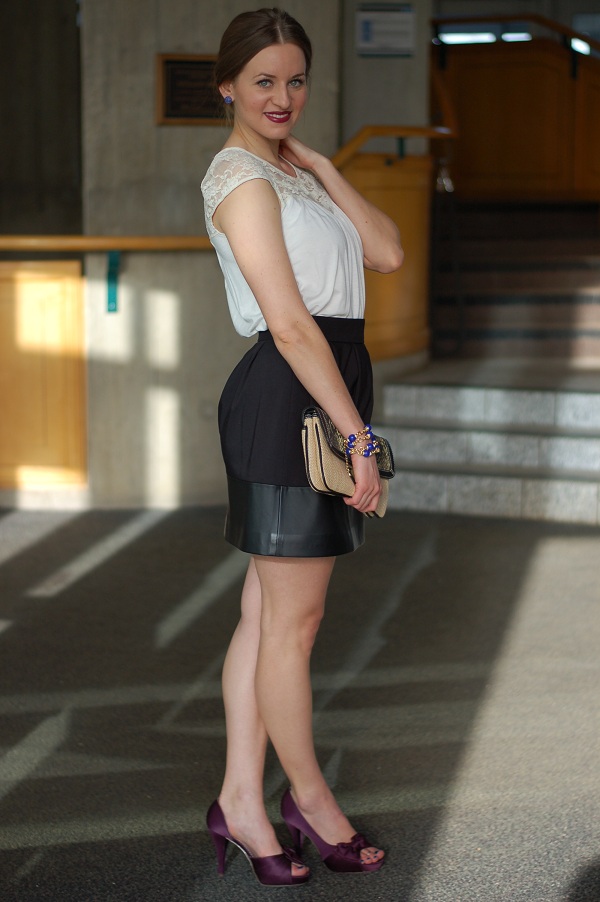 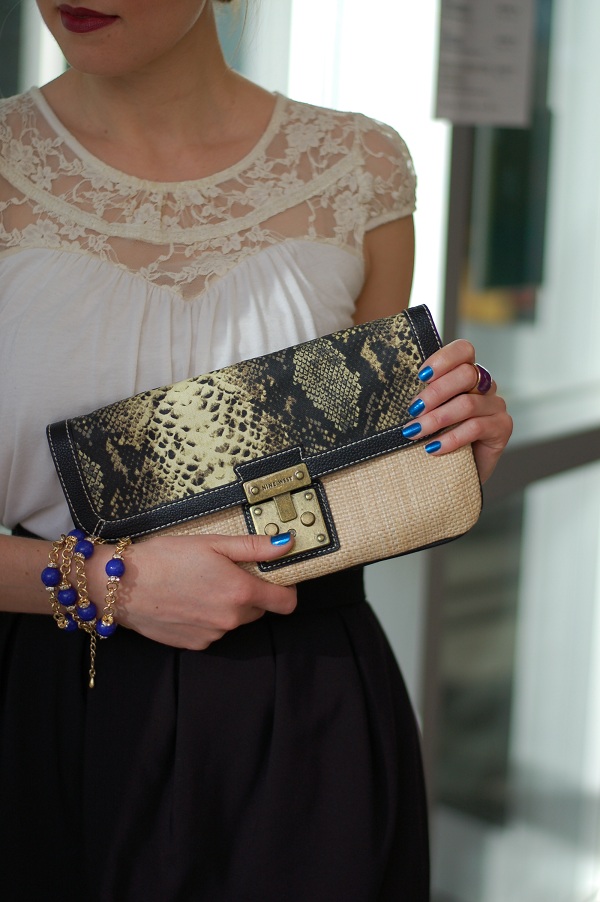 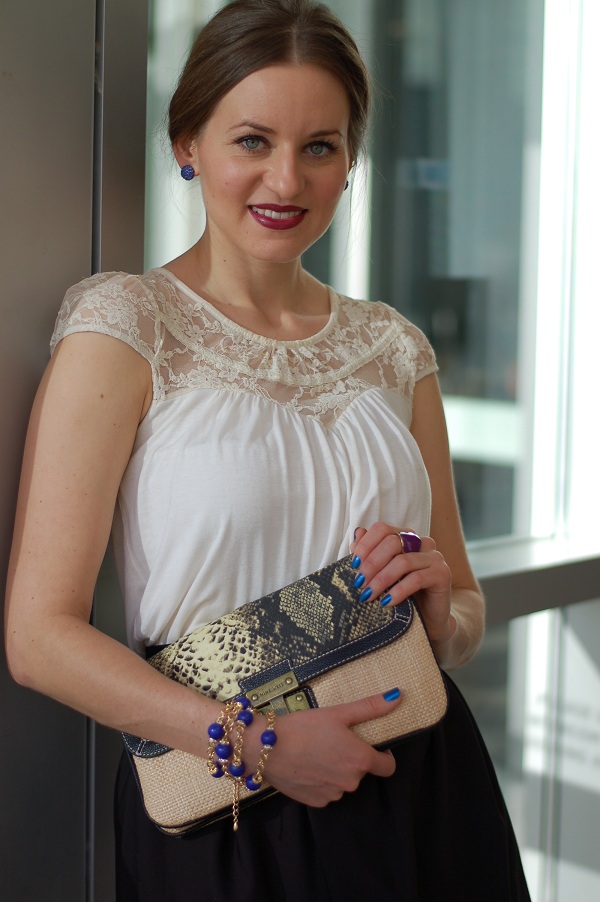 I love all of these ladies but their dress choices for the Academy Awards were a bit underwhelming.

CMB Has Been Nominated For a YEGGIE!

What is a Yeggie, you might ask? Well...let me tell you, its a BIG deal!


The Edmonton New Media Awards, or the Yeggies, is an annual awards show created to recognize and celebrate outstanding social media content creators in the capital region. It’s an awards show to highlight some of the amazing talent we have here in Edmonton — from people who code websites themselves, to those who write, speak, draw, all on their own time. Yeggies recipients inspire, evoke, inform, educate and entertain us, and they do it because they have a passion for it. For a complete list of award categories and nominees visit www.yeggies.com.


To the person who nominated me: I am very grateful, however have no idea who you are. Please speak now or forever hold your peace! I owe you a huge thank you!

Posted by JOANNA at 7:03 am No comments:

Many of you have heard of the boyfriend jean. These are defined as loose fitting, rolled up, comfortable, worn and torn jeans that could have very well been pulled out of your man's closet and thrown on. They are also the inspiration for my post today.


I bought these bright red pants one lunch hour in a frenzy and after I wore them for the first time, realized that I didn't really like how they fit. They were too long, not nicely fitted and reminded me of old lady slacks.  I came home disappointed about buying them in such a haste, but was determined to style them differently so that I would want to wear them again. This is where the boyfriend jean came into play. I thought, if ill fitting, baggy jeans could be made to look stylish, why couldn't a pair of work pants? All I had to do was roll the legs up a couple of times and the frumpy old lady pants transformed into trendy work pants! I added a neutral coloured blazer and a couple doses of animal print to complete the look. 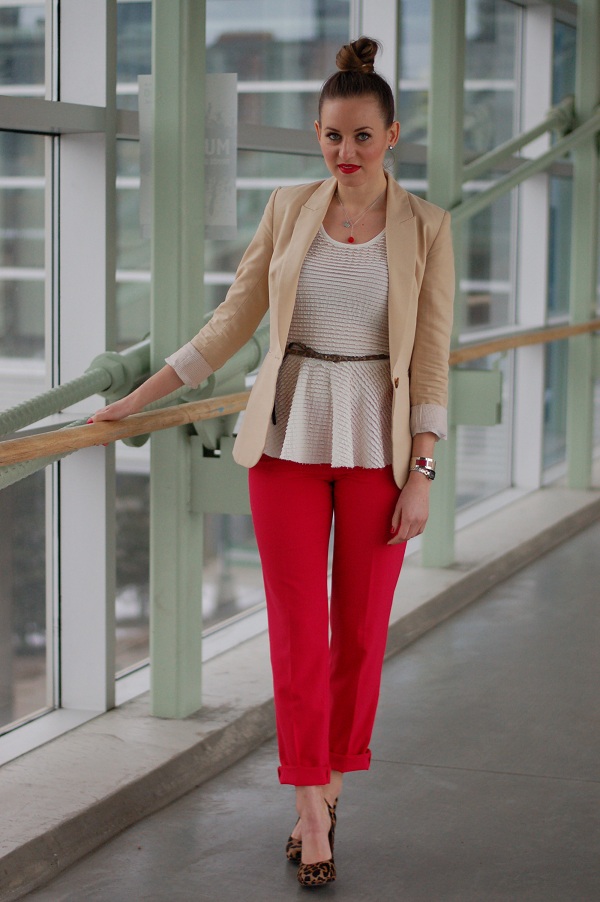 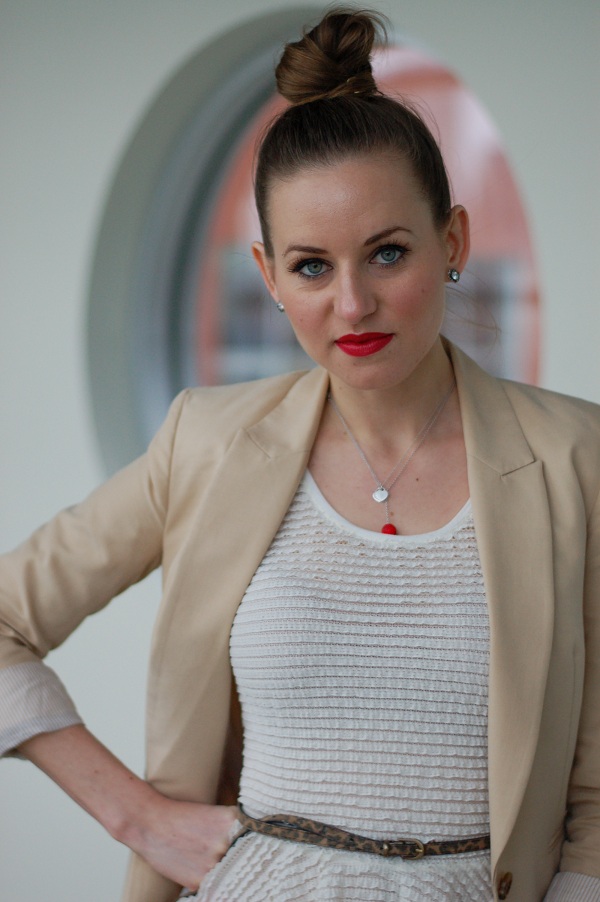 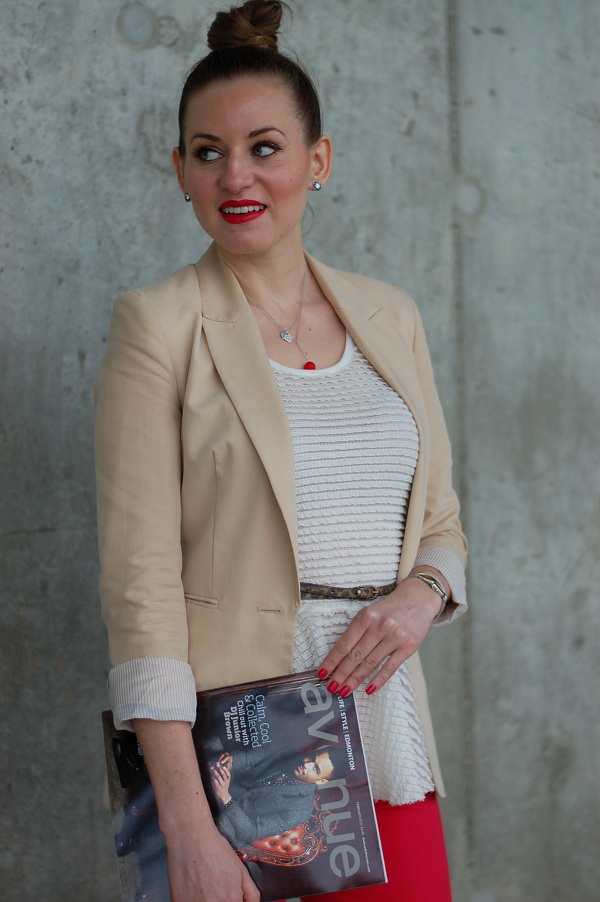 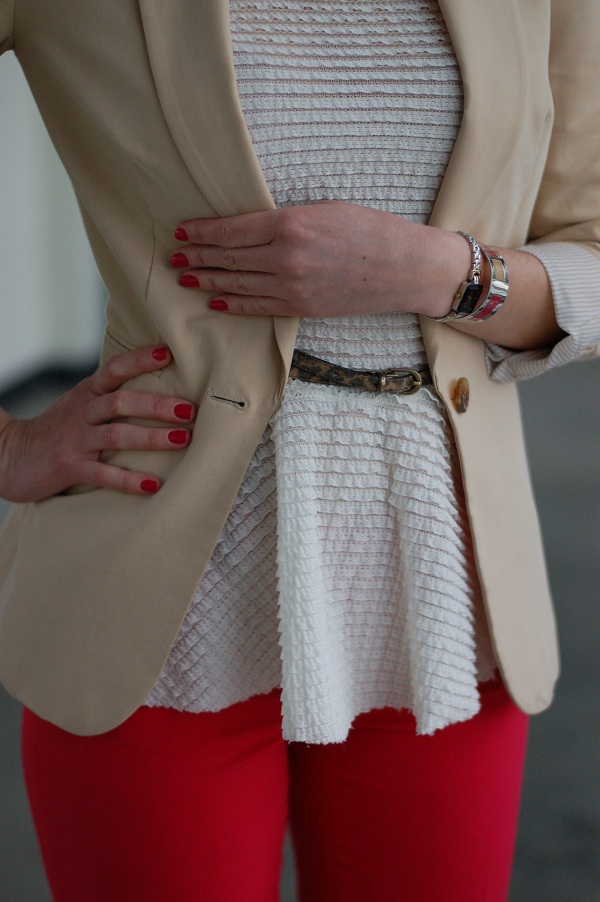 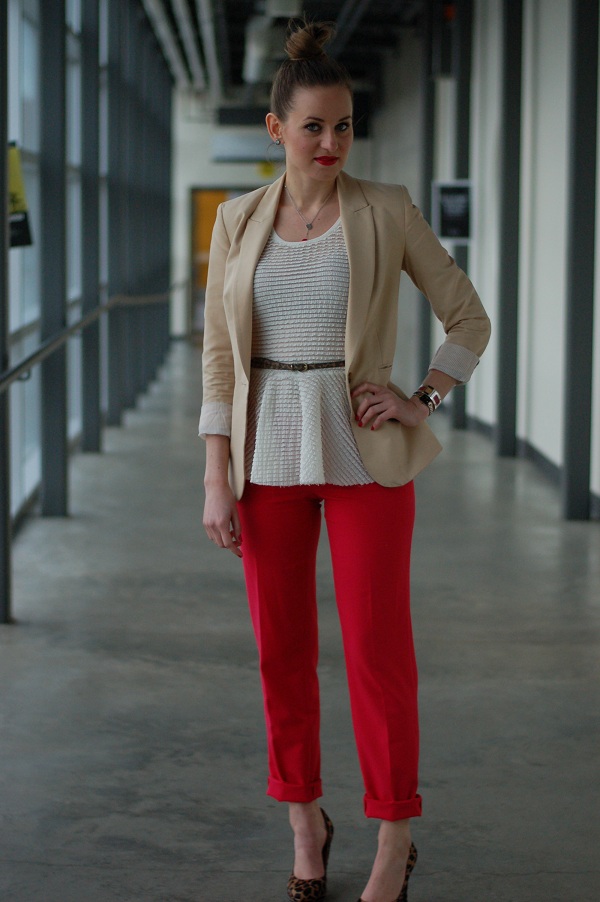 Another great thing about these pants is how easily you can dress them down. If you want to transform them from day to night, simply add a denim jacket and any kind of clutch. Another animal print? Why not! 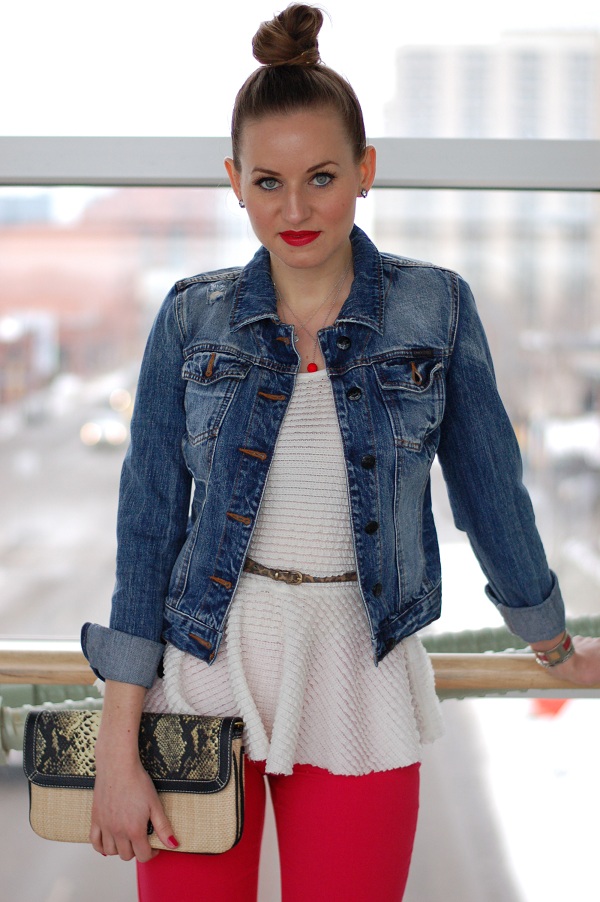 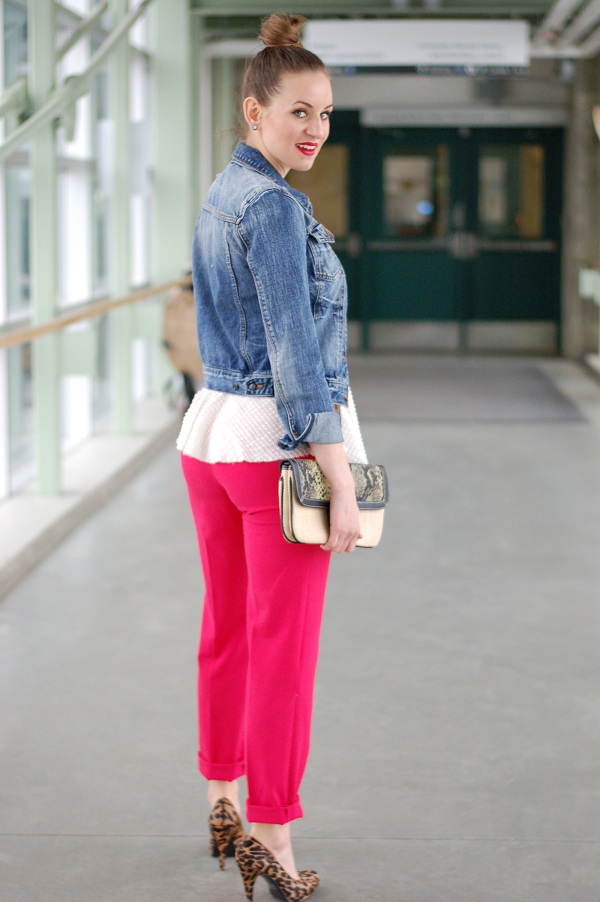 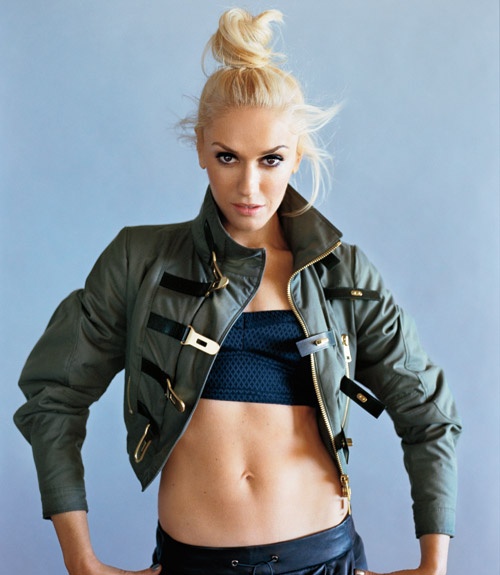 Posted by JOANNA at 6:39 am No comments:

What I Wore: AGA Refinery Party

Every few months the Art Gallery of Alberta plays host to various late night Refinery Parties themed around current AGA exhibitions and featuring projects by local artists. The theme this past weekend had to do with film, light and projections so attendees were encouraged to wear all white. The inside of the gallery turned into a giant projection screen, including the guests.

My outfit of choice revolved around these white jeans as I was extremely happy to have an excuse to wear them in winter! Pairing them with the white blazer was a no brainer, and I opted for cobalt blue accesories. Where I had trouble though, was finding pieces that were the same shade of white.  Unlike all black ensembles, all white get-ups don't quite look right when the whites are all different types of shades. There is also the see-through issue to worry about with all white, however if you go with thick fabrics and lining, you should be able to avoid any mishaps in that department. 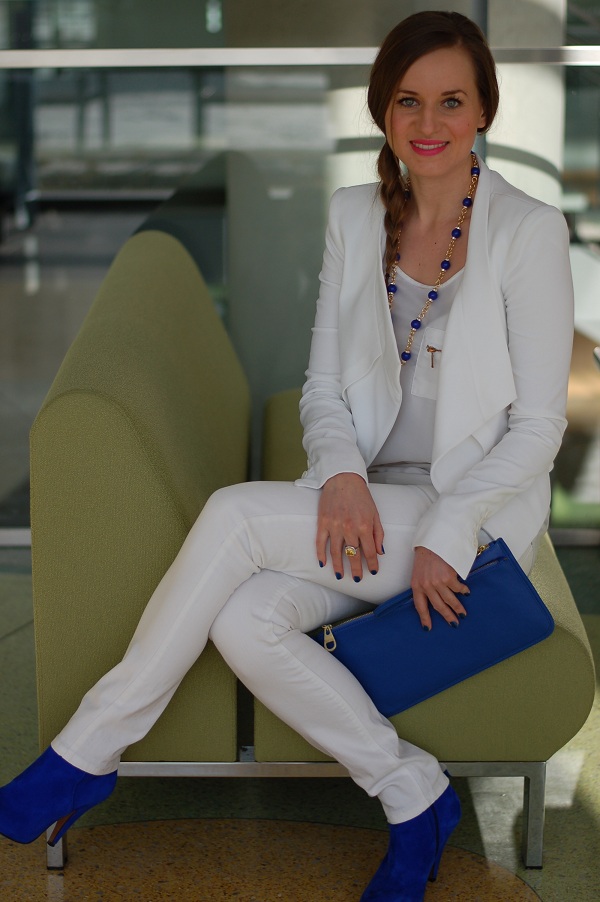 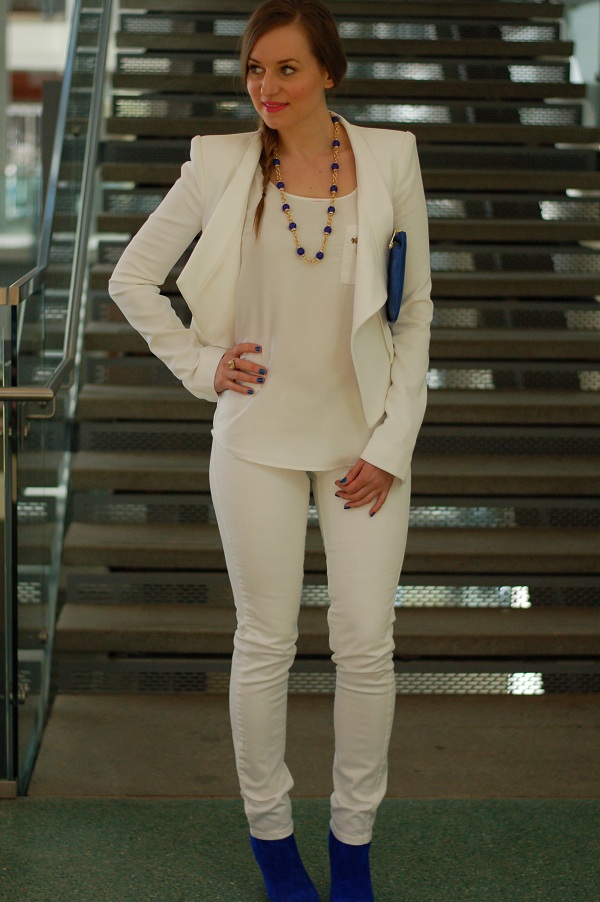 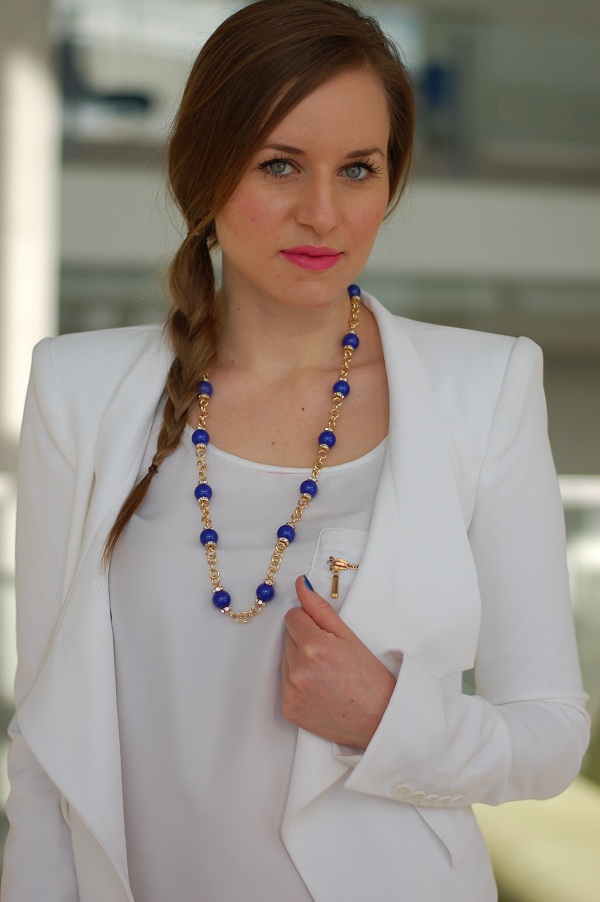 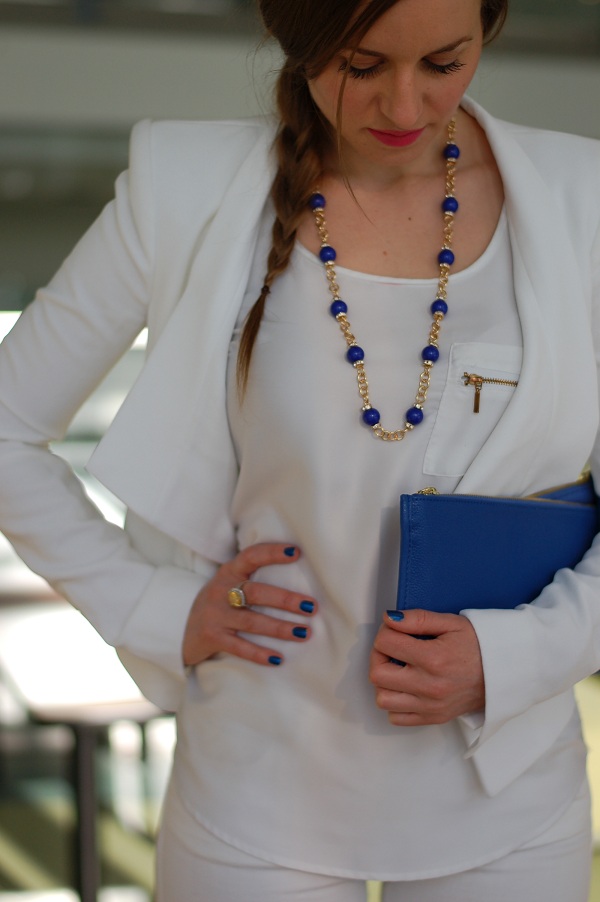 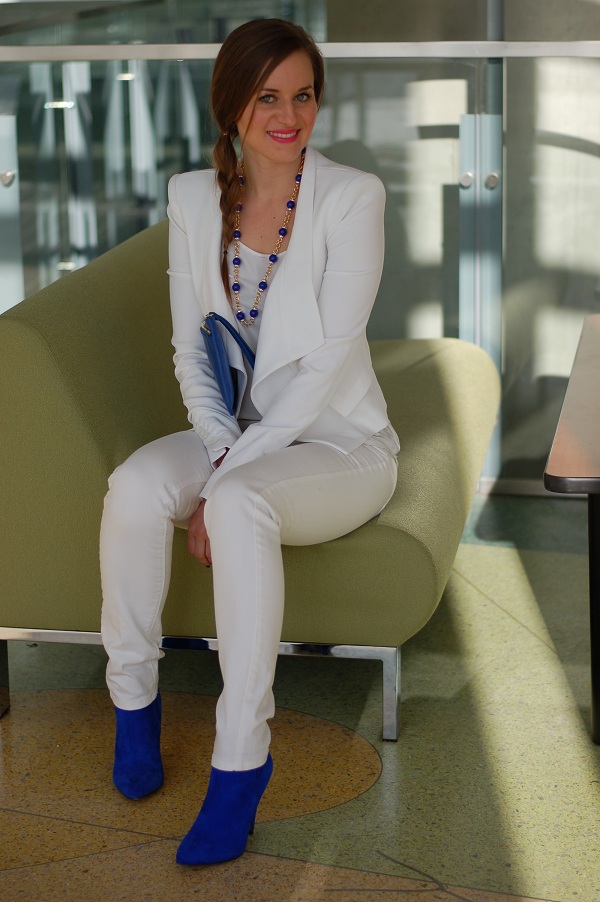 Highlights of the night... 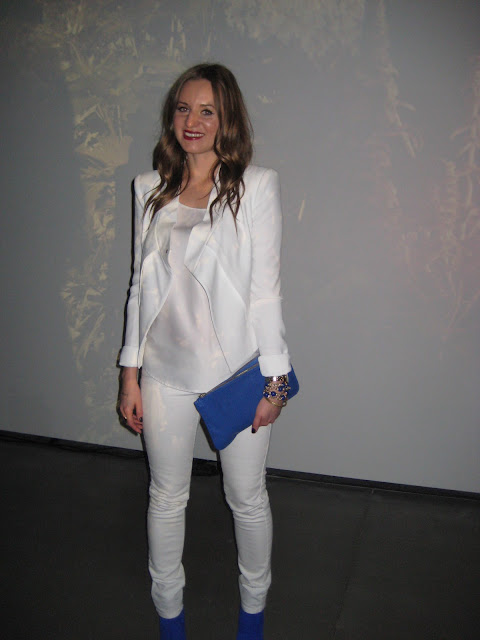 This is a great dress on Rihanna. It’s less risqué than many of her other award show choices but still has some Rihanna-esque details (sheer cutouts and amazing scarlet colour). I also prefer her with this long, ombre hairstyle. 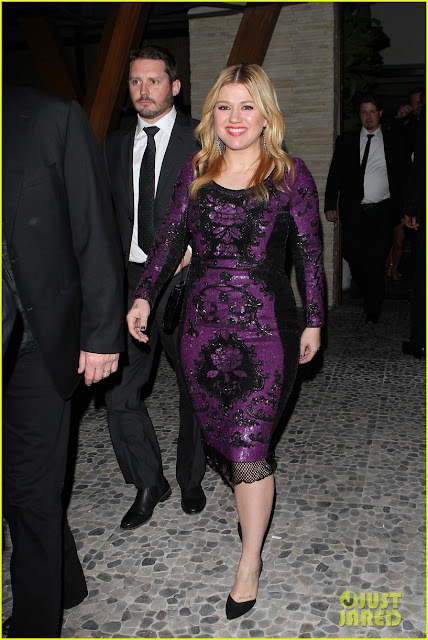 Kelly didn’t actually wear this dress to the Grammy show but instead to the after party.  The black details look great against the purple colour and the black panels on the side are very flattering to her curvy figure. 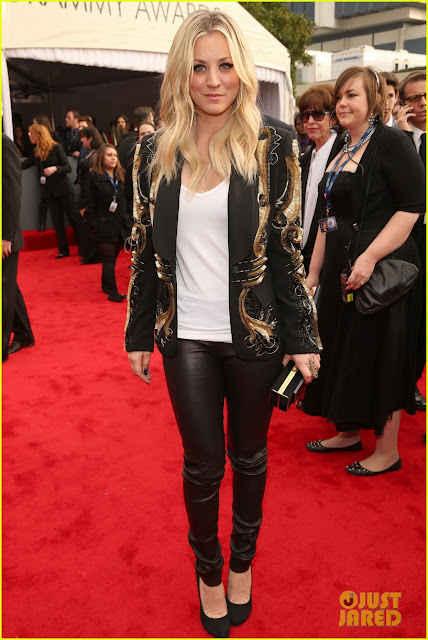 I like the fact that Kaley decided to go casual for the occasion, which is completely appropriate for the Grammy awards. The intricate gold sequin details add a bit of interest to an otherwise boring black blazer. I’m a big fan of the leather pants and pumps as well. Giuseppe Zannotti shoes have been showing up all over the red carpets. They may even be the new Louboutins?! 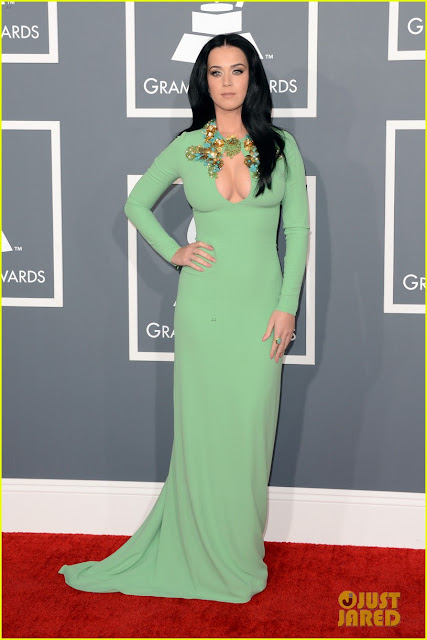 I am usually a huge fan of mint green and long sleeved dresses but that humungous cutout and feathery gemstones are really distracting. If Mr. Gucci had done away with those and left the dress as is, she would probably be one of my best dressed. 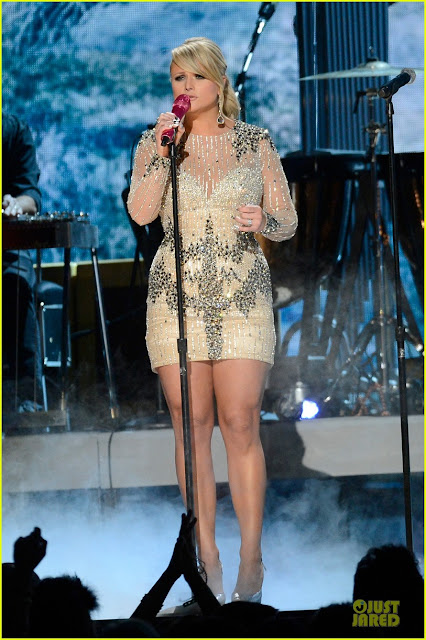 For some reason, young, female country singers gravitate towards sparkles, sequins and sheer, sometimes all combined together. Miranda is no exception during her Grammy performance. There is just too much of that going on here and the dress is unflatteringly short for her. 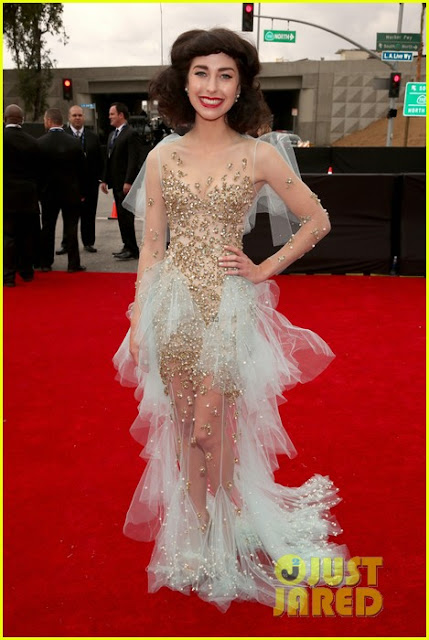 Major props to her for wearing this daring dress. It just doesn’t suit my fancy. At all.

Do you agree or disagree? Leave me a comment and let me know!

The History of CMB: